B-25 Mitchell: The Stoy Behind The Photo 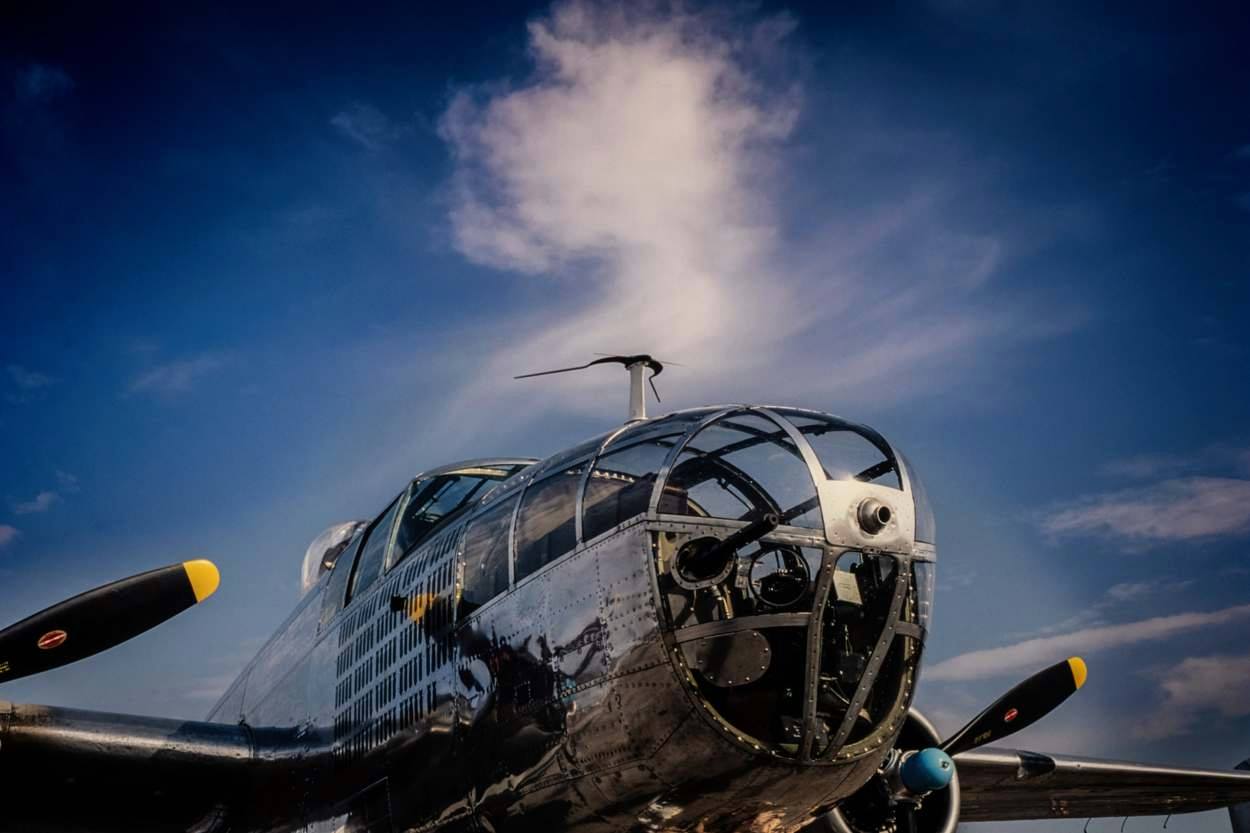 The nose section of a B-25 Mitchell bomber from an air show in 1992 at the Fresno California Airport.

I have always loved airplanes, new and old. Growing up, I read every book I could find on WWII, especially the air war. I went to air shows near where I lived in Southern California: March and George Air force bases were regular stops for the US Air force Thunderbirds every year and a good friend and I always tried to make it to everyone.

Once I had kids I naturally began taking them to air shows. This one was a small event to commemorate the 50th anniversary of the April 18th, 1942  Doolittle raid on Japan, held at the Fresno Airport in 1992.

This image hangs above my desk at home and is one of my favorite airplane photographs. The detail of the nose and the two engines to me was dramatic and told a story better then if I would have got all the plane in the shot. The little white cloud filled the empty spot above and helped complete the image. Shot on Kodachrome 25 (my favorite slide film) and recently scanned with my DSLR.