Becoming A Photographer: The FR Kit 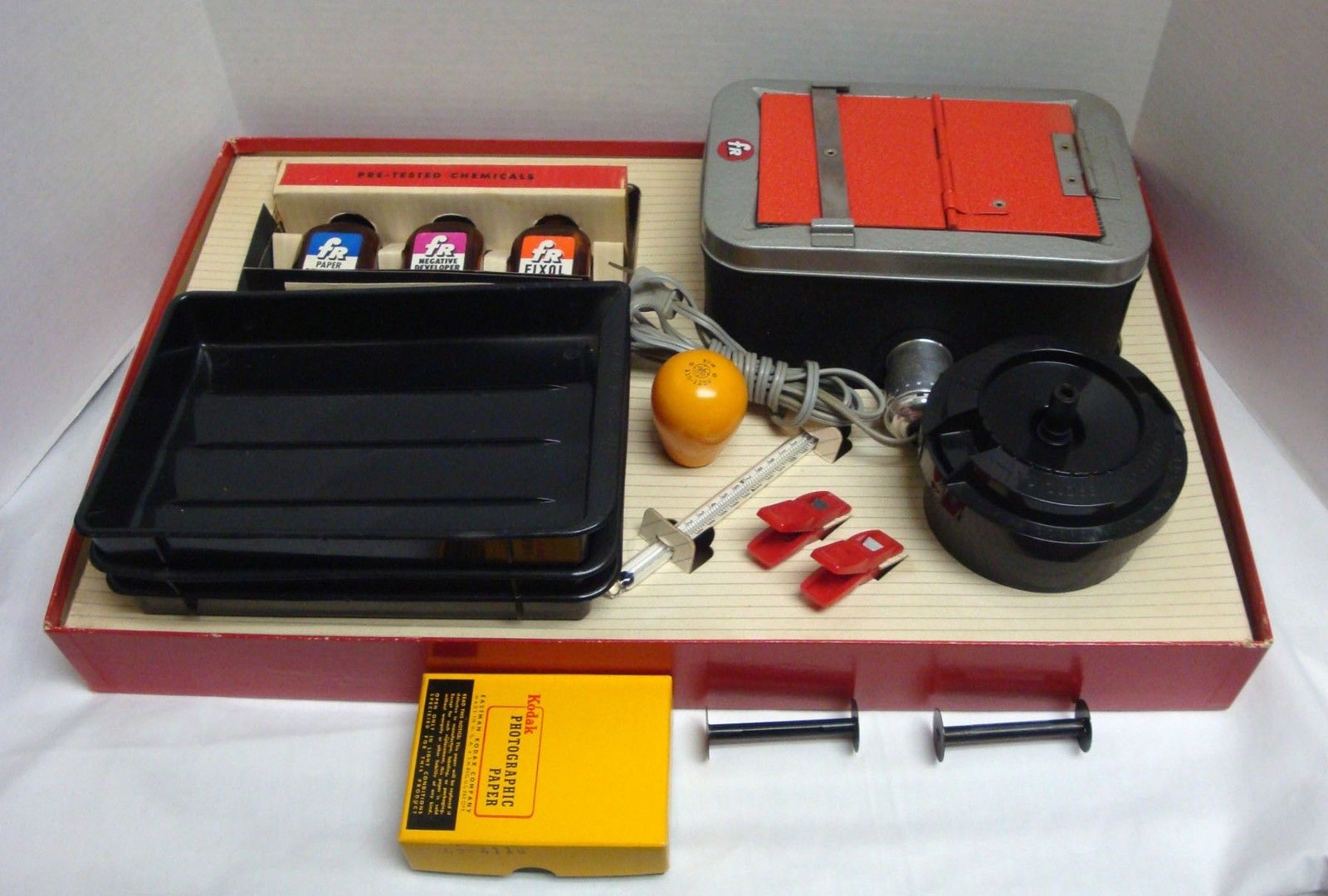 The little kit that I received for my thirteenth birthday to develop and print B&W film. It began a journey that I am still on today. The journey of the image.

I’m lucky,  I found my passion early in life, and it became a passion that I have been able to make my living from to this day. That was, of course, photography.  It was January 1968 and it was my thirteenth birthday. I received a photo developing kit from my mother for my birthday that year.  The kit, made by the FR corporation, a now-defunct company out of Brookland NY, consisted of chemicals, a tank to develop film and a little enlarger to make the prints. I couldn’t find a photo of that little kit, as the kit in the photo here has what is called a contact printer. It would only make prints the size of the negative. (called a contact print because you put the negative in contact with the photo paper) My kit had a little enlarger to make 3×5 prints.

My dad had died when I was just three years old and it was just me and my mother. We had moved from Vermont to North Hollywood when I was eight years old. I had discovered that taking photos was a great way to keep a record of my life, and I suppose, to entertain myself. I was an only child and while I made friends easily, I was happy just being by myself. Photography, and especially the darkroom was an introverted pursuit and it suited me just fine.

I could go into the darkroom and it was just me, the equipment, the chemicals, and the prints. Seeing the negatives for the first time as I took them off the real and hung them up on a line to dry, then seeing the images appear in the developing tray, was fascinating. I like to say that that time period, the film era that comprised photography until just fifteen or twenty years ago, was a maybe not a golden age, but an age of magic. There was a saying that the best photo I ever took is still in my camera because you couldn’t see it for hours, if not days after you took it and you had those high expectations that tended never to reveal themselves when you saw the photo for the first time.

To anyone in their teens, who has grown up only knowing digital, that must seem archaic. But for the first hundred and seventy years of photography existence, this was the way it was. You couldn’t see the photo you just took right now, right there on the back of your camera or phone. You had to wait until the lab developed them, and therein was the magic. Polaroid cameras did make instant photos possible, but they were a subset of photography, and the professional photographers didn’t use them other than to check exposure and lighting, (it was called pulling a polaroid).

I developed many rolls of B&W film. B&w was a simpler process then color and doing color in the home darkroom would be, for me, many years off and I was never very good at it. But In the years to come, I would even start a darkroom business called Roy Dressel’s B&W Services. Doing work for other professionals and advertising agencies and even the VW shop in Farmersville, CB Performance. It was a good little business that helped with the bills for several years until it became too time-intensive and I found that my photography business was taking over.