My Cameras: The Olympus OM-1 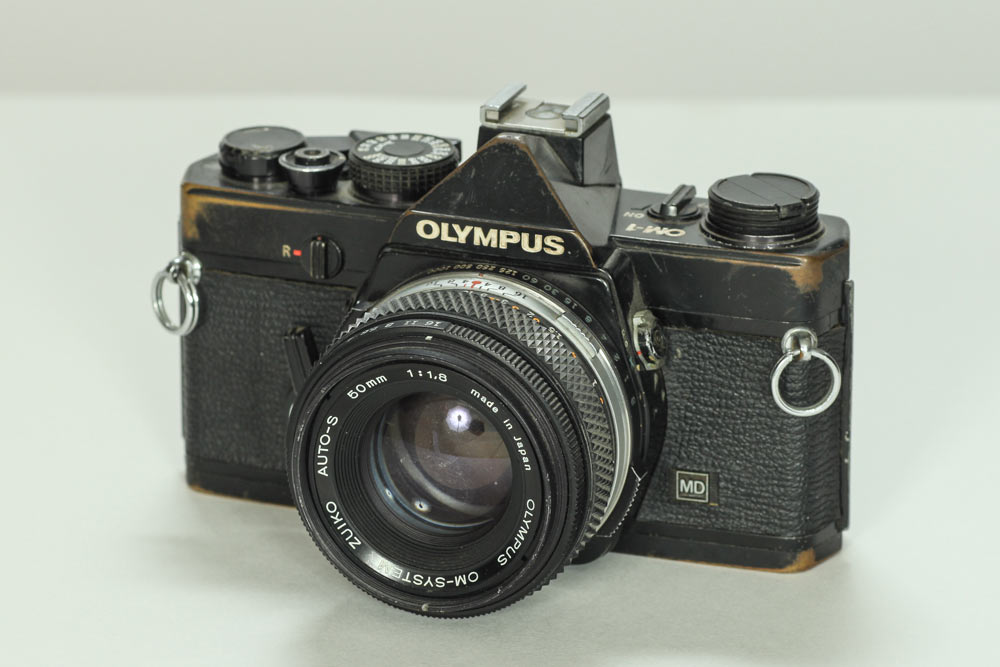 This Old Olympus OM-1 is one of my favorite cameras. Purchased new at Boots Camera in Fresno in 1979.

The Olympus OM-1 was my first professional 35mm camera

The Olympus OM-1 was my first professional camera, but I had had several 35mm cameras before the OM-1. The first was my old Universal Mercury II, written about previously. Then an Olympus rangefinder, the 35 SP. Just before the OM-1, I was shooting with a Mamiya Sekor DTL 1000 that I had got for my high school graduation present.

I became interested in photography in the late 60s, at a time when the trend in the 35mm market was large, heavy, and bulky cameras. Names like Nikon, Canon, and Minolta dominated camera store shelves.

Then a camera came on the market that changed camera design for years to come. The Olympus Camera company, known more for small rangefinder cameras like the Pen F, introduced an SLR called the OM-1. It’s small, and lightweight size was a revolution. Plus, it came along with an array of lenses, motor drives, and other accessories, making it a professional system.

Olympus OM-1 was designed to compete with the flagships at the time, the  Nikon F2, and the Canon F-1. It was a sensation from the very first showing at the Cologne Camera show in 1972. Professionals soon began showing up with the OM-1 at photoshoots. It wasn’t long before every other camera manufacturer had a small, compact 35mm SLR. But the OM-1 and its predators the OM-2, OM-3, and OM-4 were the king of the compact, lightweight market for almost two decades.

The OM-1 was a manual exposure, mechanical camera body, as were all SLR in the early 70s. Nothing automatic here. One used the built-in light meter to match a needle with a set of brackets in the viewfinder. The battery was only there to run the light meter. If the battery died, the camera still functioned, only the light meter stopped working.

I purchased my first Olympus OM-1  in the fall of 1977 from one of the co-owners o a little shop in Visalia called the Backpackers Shop. I was an avid backpacker and knew Dave, who I bought the camera from, and Chris well. Years later, in about 2009, Dave contacted me to do some photos for the company he was working for then, Miller Memorial Chaptal. Dave has retired but I still do work for Millers to this day. I used various OM-1s for a little over 20 years as my personal and professional 35mm camera. The black bodied OM-1 (cameras were available in both standard silver body and a more expensive black body) in the photo sits on a shelf in my studio and is one of my favorite cameras of all those that I have used. I purchased this one new from Boots camera in Fresno sometime in 1978.